Head of the Department of Psychiatry 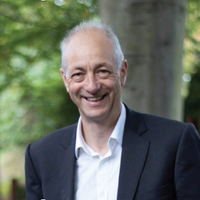 Geddes’ current research on the development and evaluation of treatments for people with bipolar and other mental disorders. He has established large cohorts of patients, developed new approaches to self management and monitoring, and conducted key clinical trials as well as influential research syntheses. By involving patients in research, his team has been able to characterize the nature of mood disorder more accurately. His research aims to use this knowledge to investigate the basic neurobiology and genetic mechanisms of the disorder to identify new targets for therapeutics.

Geddes has conducted several large research syntheses which have had major influence on clinical practice internationally.

Geddes has been Chief and Principal Investigator on a wide range of clinical trials ranging from early phase phase 1b trials through to high intensity phase II/III trials. I designed and was PI on multicentre clinical trials trials e.g BALANCE (PI) RCTcomparing combination of lithium plus valproate with lithium and valproate monotherapy in bipolar disorder, CEQUEL (PI); RCT investigating lamotrigine vs placebo in combination with quetiapine in bipolar depression. His research synthesizing efficacy/safety data has clarified the extent of knowledge,  and has identified leads for future discovery work. It has had major impact on research, guidelines and clinical practice.

Professor Geddes has authored or co-authored, more than 300 scientific articles and book chapters and 5 books including editing (with Andreasen and Goodwin) the New Oxford Textbook of Psychiatry.