Delivering clinical trials in the work from home era 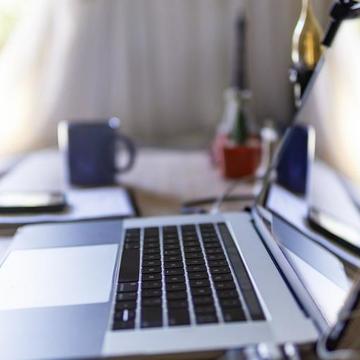 With many of us having to adapt to working at home, we are inevitably having to change the ways in which we work as a team. The success of clinical trials hinge on teamwork as demonstrated by the RECOVERY trial team who set up the trial in a matter of days and went on to recruit 10,000 participants in two months.

Setting up a clinical trial often comes with financial and time-related challenges as well as increasingly limited resources. An added challenge created by the global pandemic has been our inability to meet face to face. Whilst there are mixed messages when it comes to whether or not staff are more or less productive while working from home, one key challenge is how we communicate. Whilst replacing physical gatherings with virtual meetings via platforms such as Zoom may seem the obvious solution, it has given rise to a new phenomenon of “videocall fatigue”. This is caused by a combination of factors including an increased self-awareness from being able to see ourselves on screen, a dissonance caused by having an interaction but not physically being in proximity to others and a lack of eye contact. Another contributing factor may be the sheer volume of virtual meetings we all having due to often working longer days whilst at home.

This socially distanced way of working has meant that those leading teams of clinical trialists have needed to think outside the box and place emphasis on the need for remote togetherness. Some of the ways this has been managed here at OBHCTU is by having virtual office blocks in the calendar where on a weekly basis, members of the team work at their own desks at home while on a video-call. This has produced helpful discussions on arising issues which would otherwise need a series of back and forth emails or standalone meetings. Another helpful tool used by teams within Oxford is the use of a platform called Slack whereby channels are created for each clinical trial or project and all staff members involved are invited to join. Although it has limitations in sharing documents which are often confidential, it can be an effective way to track progress of action points and communicate about outstanding issues.

It is interesting to think how this past year will change the ways in which we work, with increasing talk of how remote working will become the norm for many industries. However, the promising news is that we have all adapted in a short space of time and have been able to work collectively to set-up and deliver clinical trials while unable to physically meet.